What Is Bipolar Disorder? The Symptoms, Causes, and Diagnosis

What is bipolar disorder?

In 2012, Bradley Cooper received an Academy Award nomination for his role as Pat Solitano, a man struggling with bipolar disorder, in the popular film, Silver Linings Playbook.

As a bipolar disorder therapist in Denver, Colorado I felt  the film had a truly abysmal portrayal of a mental health professional (I re-watched it recently, and couldn’t help but cringe!), however there are many things about the experience of bipolar disorder that it captured with a fair degree of sensitivity and accuracy. So what is bipolar disorder?

In the movie Pat’s fumbling attempts at recovery after a life-altering diagnosis, his struggle with medication, and his parents’ frazzled concern all ring true.

What I appreciate about the film is that the manic side of bipolar disorder isn’t, as so often happens in media, portrayed as an eccentric superpower, but rather as a complex mental state that’s both attractive and problematic.

So often the images of bipolar disorder in books, films, and television shows are romanticized, feed into harmful stereotypes, or dole out bits of misinformation.

Sometimes, this means that if you have this mental health diagnosis it’s difficult to talk to others about your experiences; if you bring up bipolar disorder, and the first thing someone thinks of is a young Joseph Gordon-Levitt beating a boy with a baseball bat (from the film Manic in 2001), it can be hard to talk about your weeks of paralyzing depression or difficulty focusing on tasks and getting projects done.

What I hope to do is share some better information about bipolar disorder in a clean, accessible way.

My goal is for you to have a better understanding of bipolar disorder, what’s going on in your mind and body, and for others to be able to support people with bipolar disorder more knowledgeably.

This means that the symptoms of bipolar disorder are primarily related to how you regulate your emotions. The definition of “mood” in mood disorders is more profound than the usual understanding of “being in a good or bad mood”; “mood” includes your emotions, your thinking patterns, your energy levels, and your motivation.

You don’t need to have all these symptoms to have mania or depression; three to five symptoms are enough to qualify.

There’s a common misunderstanding that someone with bipolar disorder “flips” between mania and depression like a light switch flips on or off—it’s either light or it’s dark, and the two states are completely separate.

In reality, mania and depression exist on a spectrum; sometimes you can move quickly from one extreme to the other, but at other times, you’re somewhere along the spectrum—a little bit manic (known as “hypomania”) or mildly depressed or even symptom-free.

Symptoms of mania and depression can even overlap. In this case, which is called a “mixed episode,” you may have a lot of energy and make reckless decisions, yet feel hopeless or depressed at the same time. This can be a dangerous situation if you don’t have appropriate mental health care or social support.

People with bipolar disorder have periods of times between mood swings when they experience no symptoms at all.

This doesn’t mean that bipolar disorder has gone away or that you’re cured; you still need to take medication and take steps to treat your illness and maintain a healthy lifestyle.

If you’ve been diagnosed with bipolar disorder and you’re receiving good treatment, you’ll experience more and longer periods of time without symptoms, and experience milder symptoms when you have a mood swing.

There isn’t a cure for bipolar disorder, but there is healing, recovery, wellness, and so much hope.

The causes of bipolar disorder: The “hardware” and “software” of your body and brain

More than most mental illnesses, bipolar disorder has to do with your body’s biology—how your brain is built and how it functions.

Some of this is genetic; bipolar disorder can run in families, and family history is often used as part of the diagnostic process. This doesn’t mean, though, that parents with bipolar disorder will necessarily pass it on to their children; it’s more that some people inherit a genetic disposition, sort of like a genetic disposition to being overweight or to getting certain kinds of cancer.

This genetic disposition may or may not be activated at some point during your life, due to things like stress, drug use, or other environmental factors. We don’t know a lot about the genes that contribute to bipolar disorder yet, but it’s clear that many people with bipolar disorder have relatives who’ve struggled with mental illness.

I often describe a bipolar brain as having problems with both hardware and software. By “hardware,” I mean the physical structures of your brain, and by “software,” I mean the “programs,” or chemicals that work in your brain—also called “neurotransmitters.”

Brain structure: In a simple explanation, there are three basic parts to your brain. There’s the back of the brain, which controls basic functions of your body, things like sight and balance.

Then there’s the middle of the brain, which controls your emotions, instincts, and memory.

Finally, the front of your brain controls things like conscious thought, decision-making, logic, and inhibition.

Many of the structural differences in a bipolar brain are found in the middle of the brain, in the parts that control your emotions, collectively known as the “limbic system”—which makes sense, because bipolar disorder is a mood disorder.

In a bipolar brain, there are differences in the size of parts of the limbic system, and differences in the connections between parts of the brain, such as the connection of the limbic system to the front of the brain, the control center of reason and inhibition. This means that it’s harder for a bipolar brain to regulate emotions.

Brain chemistry: Often, people say that medications for mental health disorders are used to correct chemical imbalances in the brain.

In bipolar disorder, there may be too much dopamine (the “happy chemical”) in parts of the brain, or irregular activity of neurotransmitters like serotonin and norepinephrine.

While medications can’t affect the basic structure of your brain, they can help to balance your brain chemistry. This can improve your brain’s ability to regulate your emotions.

Diagnosing bipolar disorder is the beginning of the journey

While symptoms of bipolar disorder can first appear at any point in your life, they most often begin in late adolescence or early adulthood. There are a few important things that a professional will look for when diagnosing bipolar disorder.

Sometimes, there’s a distinct stressor that occurs at the start of symptoms, but at other times, symptoms begin to creep in more gradually without an easily identifiable beginning.

Some people with bipolar disorder may feel like there were small signs in their lives long before the illness became severe enough to be diagnosed.

Sometimes, you may experience only depressive symptoms at first, and be misdiagnosed with depression.

If you experience bipolar disorder there’s the possibility of needing to be hospitalized, either for your mania to be treated by medication or to keep you safe if you’re experiencing severe depression with thoughts of wanting to hurt yourself or having made a suicide attempt.

Hospitalization may be what leads to your initial diagnosis. A mental health professional diagnoses bipolar disorder; this includes psychiatrists or other medical professionals trained in psychiatry (such as a psychiatric nurse practitioner), psychologists, and licensed therapists.

The mental health professional that makes the diagnosis will take a history of your symptoms, including severity and duration, and may also ask questions about your family history of mental illness.

There aren’t any tests, like brain imaging or blood work, for diagnosing bipolar disorder, but a doctor or psychiatrist may order medical tests to rule out medical causes for symptoms, like a neurological disorder or endocrine dysfunction.

The professional diagnosing you will be careful to look at other mental illnesses that share symptoms with bipolar disorder, such as other mood disorders, attention deficit/hyperactivity disorder (ADHD), or posttraumatic stress disorder. Sometimes, you can have more than one mental disorder, which makes diagnosis more complicated. To learn more about post traumatic stress disorder you can check out my other article on recovering from trauma.

If you suspect that you or a loved one may have bipolar disorder, the first step is to see a mental health professional. Sometimes, it’s easier to see a therapist first, as psychiatrists often have long waiting lists. For more information on how to find a therapist check out this article on how to find the right therapist.

But if you’re diagnosed with bipolar disorder, you’ll need to see a psychiatrist or other medical professional to receive medication treatment.

It can be helpful to write down the symptoms you’re having before your first appointment, and to find out if your family has a history of mental illness. If you’ve ever taken psychiatric medications before, bring a list of those with you to your appointment.

Healing from bipolar disorder after diagnosis

After diagnosis, treatment can begin. Treatment is the exciting part of the journey.

Usually by the time you’ve been diagnosed with bipolar disorder, you’ve been through a lot of hard, frightening, and costly experiences. Through treatment, though, this no longer has to be the story of your life! 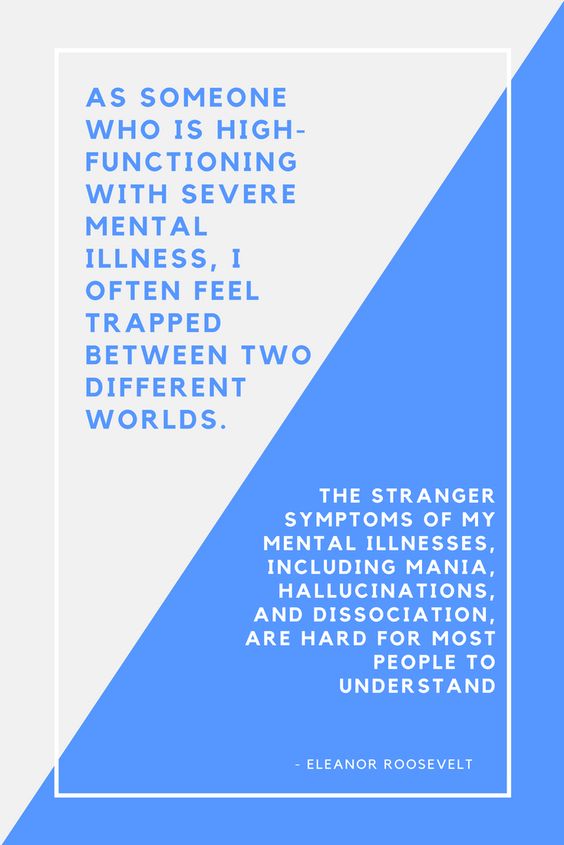 Karyn is a therapist in Denver, Colorado and works with a group practice. As a counselor she enjoys helping teenagers and young adults work through challenges related to bipolar disorder, anxiety, addiction, and relationships. Want to connect with Karyn? Call (720) 507-8170 or connect with her online by clicking the link below!

More Great Articles From Our Library

Is Couples Therapy Worth It? What You Should Know About Couples Counseling

Is Couples Therapy Worth It? What You Should Know About Couples CounselingEmotional & Mental Wellness By Jesse Huebner, MA, LPCC & Trevor Brown, MA, LPC    Is couples therapy worth...
Read More

We’re Looking For A Mental Health Counselor in Denver, Colorado To Join Our Team

We are looking for a talented therapist to join our group counseling practice in Denver, Colorado.
Read More

Welcoming Keith Post To Our Team Of Counselors In Denver, Colorado

We Are Excited To Welcome Ryan Ramsey to our Team of Therapists in Denver, Colorado

We are excited to welcome Ryan Ramsey, MA, LPCC to our team of therapists at Ipseity Counseling Clinic. Learn more about Ryan’s work as a therapist in Denver, Colorado.

How To Find A Therapist In Denver

Looking for a therapist in Denver, Colorado? We’ll share how to find a therapist and what types of questions to consider when making your decision.